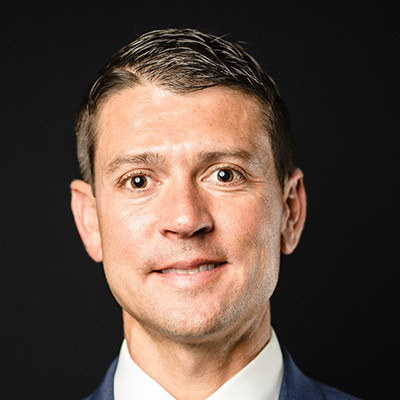 Ryan was born in Toronto, Canada and moved to the Seminole County area over 20 years ago. Coming from a strong business background, Ryan has an understanding of the business sense of the law.​​​​​

Ryan graduated from Florida State University with a double major in Entrepreneurship and Business Management.

At Florida State, he was one of less than fifty students admitted into the Jim Moran Institute of Global Entrepreneurship.

Following Florida State, he received his Juris Doctor from Barry University’s Dwayne O. Andreas College of Law and received book awards recognizing him as the highest-ranked student in Franchise Law as well as Motions and Depositions.​​​​

Ryan is the co-founder of Cipparone & Cipparone, P.A., which opened its doors and began serving clients in January 2013. Ryan concentrates his practice in the areas of contract and employment disputes, business and partnership disputes, franchisor and franchisee disputes and commercial landlord and tenant disputes.

Ryan’s practice also entails business transactions, including, mergers and acquisitions as well as asset sales. Additionally, Ryan is regularly engaged by companies both small and large as outside general counsel where Ryan offers legal and strategic business advice to his clients on a regular basis.

For the last 5 years, Ryan has been named a Rising Star for Florida Super Lawyers, a nomination that less than 5% of lawyers in the state are selected for by their peers for excellence in their profession.

Ryan is an active member of the Florida Bar and Seminole County Bar Association. In addition to his legal affiliations, Ryan has served as a member of the Board of Directors for the Sharing Center, a local non-profit organization fighting the growing problem of homelessness in Seminole County. Outside of the office, Ryan enjoys spending time with his wife and two children.

The law offices of Cipparone and Cipparone have been providing business legal services in Central Florida for many years. If you are in need of business law services or are currently involved in a business dispute, please contact us now.

Very happy with their service. They are very professional and treated us with courtesy and respect. We would go to their practice again without hesitation.

As an auto and work accident lawyer myself, when clients or friends ask me for a corporate or real estate lawyer, I refer them to Ryan Cipparone with 100% confidence. Great lawyer and, perhaps more important, a great person who puts his clients first every time.

I've spoken and worked with Paul Cipparone numerous times for real estate law advice. He's super responsive and his knowledge and friendliness are unmatched; you won't be disappointed! Overall a great individual to work with. Thank you Paul!

© 2021 Copyright ﻿Cipparone & Cipparone. Designed and Developed by Next Horizon. All rights reserved